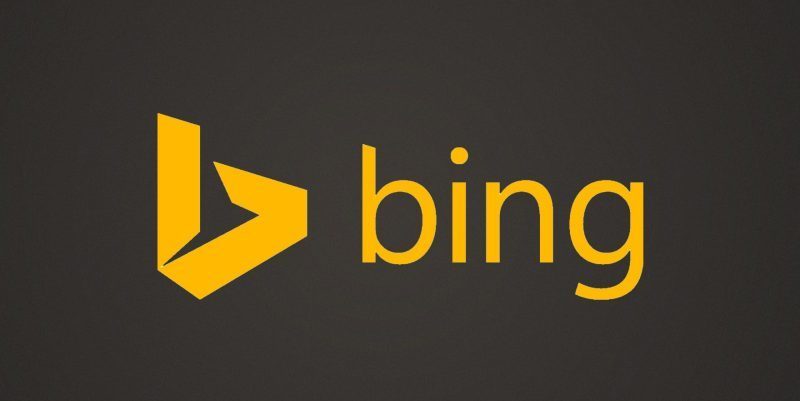 Since Google launch in 1998 SEO has been focused on Mountain View’s search engine. Yahoo (launched in 1994) was left behind very soon and other competitors struggled to come up. Google and online search has been such an easy and familiar association for so many years that it actually became a verb itself: «let me google this».

Things start changing in May 2009, when Microsoft launched its own search engine, Bing. Thanks to Microsoft semantic capacity (that they actually bought from Powerset in 2008) and integration with the Microsoft ecosystem (Internet Explorer, MSN, etc.), Bing is slowly yet steadily increasing its market share.

According to www.netmarketshare.com, 61.15% of desktop searches have been performed in Google in the first quarter of 2015. Chinese search engine Baidu is second with 21.76%, Bing comes third with 7.95% and Yahoo comes fourth with 7.31%.

Baidu has its own specific as it is purely focused on China. Huge market, but very well delimited.

Google competes with Bing and Yahoo, then, which are pretty much the same thing. They made a partnership in July 2009 for which Bing is powering Yahoo search and their advertisers share both paid search results and display network. So Bing + Yahoo own roughly 15% of the searches performed every day.

Can you afford to consistently ignore 15% of your potential customers?

Google users and Bing users (and Yahoo users, too) are different. You can’t disregard Bing or Yahoo if your buyer personas of your actual visitors match their users. How to find out? Simply go to your Web Analytic tool, and compare profiles of your website users by referring domain (Google, Bing and Yahoo).

1 out of 3 searches in U.S. are performed through Bing (or Yahoo).

comScore, a leader in measuring the digital world, just released its monthly analysis of the U.S. desktop search marketplace. Google still lead the market, but its share drops to 64.5% while Bing goes up to 19.8% and Yahoo to 12.8%.

So if you want to be found online in U.S., your site must be optimized for Bing and Yahoo. Otherwise you neglect one third or your potential audience.

Get ahead of competition

With so many SEO people trying to optimize for Google for almost 20 years, that marketplace is extremely competitive.

You can easily gain a leadership position in Bing search, as most of the businesses do not spend time on it. And Bing is still bringing 15% of worldwide searches every day.

Bing is tight to Microsoft products

Every internet browser has its own default search engine, and Internet Explorer’s one is obviously Bing. Most people don’t bother changing default settings and keep using Bing.

Also, Bing shows up in MSN homepage, and gets 20% of its traffic from there.

As a consequence, if you are a heavy Microsoft users (like most of the employees around the globe using the Microsoft Office suite) are pushed to use Bing.

Bing market share is steadily increasing, and it is due to grow even more in the future.

In December 2014, along with a product update, Mozilla announced that default search engine for Firefox has been changed from Google to Yahoo. Firefox searches performed through Yahoo jumped from 9.6% to 29.4% overnight. With millions of users updating their Firefox worldwide, Yahoo (therefore Bing) share will increase. The above idea of people not bothering to change the default search engine applies here.

Relying on a single provider is never good

What if the next updated of Google algorithm will penalize you? (By the way, are you mobile-friendly? Learn in this post why you must be mobile-friendly from April 21st [Link to the Mobile SEO series].)

Bing optimization will assure you a solid Plan B while you fix your issues with Google.

Bing is easier to optimize for

While Google is proudly overprotecting its algorithm and ranking factors, Bing is more open to share. You’ll find great tools and support in the Bing Webmasters Tools Help Page and the Official Bing Webmaster Blog. And, knowing how it works, it will be easier for you to optimize your website for Bing.

Bing relies very much in MSN, and pages connected to Microsoft’s portal are highly evaluated. You might find a page linking MSN before another page with a more pertinent content but not linking in MSN. So if you want to optimize for Bing, hyperlink Microsoft domains in your page will help.

Bing offers a better integration of organic and paid search

In the next post we’ll see in more details that Bing relies more on verbatim and word-by-word association, while Google has taken the route of a more holistic search algorithm, trying to interpreting the content more than look for specific terms. As a consequence, setting up a PPC or Display campaign in Bing is easier than in Google.

Bing logic steadily relies on terms, which get on well with paid advertising. You can easily optimize your site for Bing and – at the same time – run effective PPC campaigns for the same keywords.

In summary, Google is by far the leader in the search engine landscape, but you can’t overlook Bing, which is steadily growing and has now 1/3 of the U.S. Market in combination with Yahoo.

Bing optimization is reasonably easy. On one side because their algorithm is simpler compared to Google (relying very heavily on verbatim) and on the other side because Microsoft search engine is very generous in terms of support for webmasters.

So why not taking advantage and get ahead of your competition in Bing?

Next time we’ll see DOs and DONTs of Bing optimization, don’t miss it!

Want to test-drive the Most Complete SEO Rank Tracking Available? Sign up here for a 14 day free trial!

By continuing to use the site, you agree to the use of cookies. more information